Airbnb vs Vrbo: Which is Better for Hosts? 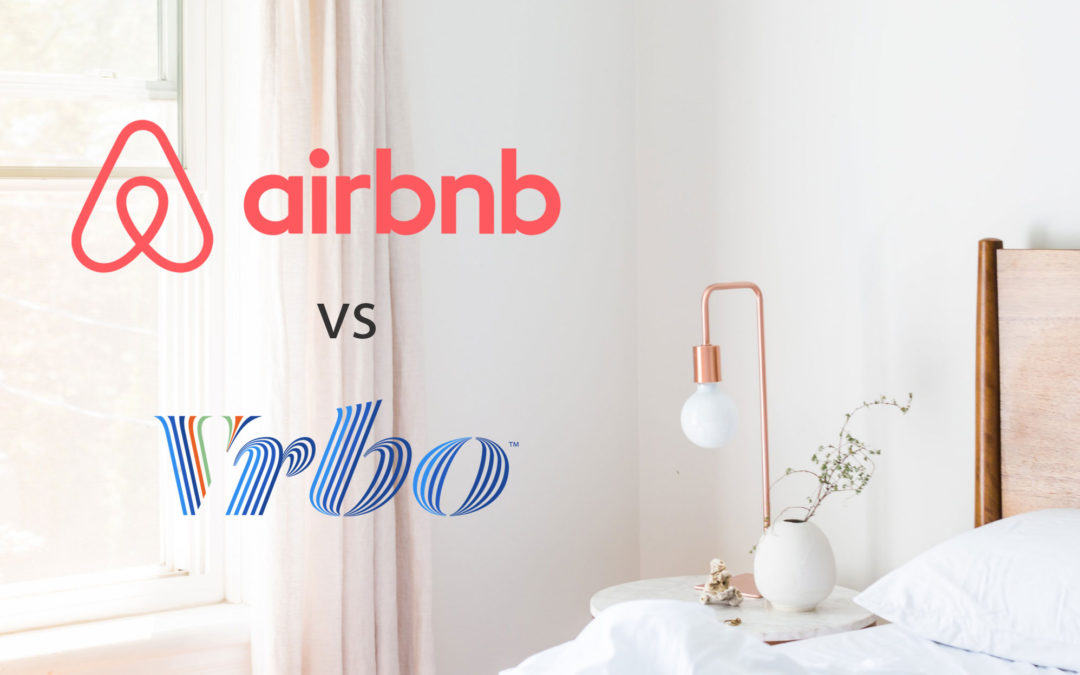 Airbnb and Vrbo are among the best international vacation rental sales channels. Choosing which one would best fit your vacation rentals, or if you should list on both, could seem a bit intimidating at first. However, in this article, you’ll be able to read about what you need to know about Airbnb and Vrbo, their fees, and their cancellation policies.

Airbnb was founded in 2007 and has since gathered more than 6 million property listings and over 4 million hosts in more than 220 countries and regions around the world. On Airbnb, one will find everything, from everyday, casual accommodations to pricier, more elegant ones. Whether one is looking for a room, an apartment, a home, a cabin, or a farm, Airbnb will have something for you. And if one is more of the adventurous or extravagant type, Airbnb also lists boats, castles, treehouses, private islands, lighthouses, and igloos. Usually, Airbnb attracts people that are younger and looking for more affordable accommodations, but it is also a perfect rental channel for those looking for shorter stays or for business travellers that are looking for specific amenities on their trips.

Vrbo, previously known as HomeAway, was founded in 1995 and is now part of the Expedia Group. It offers over 2 million vacation rentals, including condos, villas, cottages, ski chalets, beach houses, and lake rentals. With their slogan “Travel better together”, Vrbo generally caters to families, vacationers, and larger groups. Therefore, they list only full-space rentals on their website. So, if you’re looking to rent out rooms or shared spaces, Vrbo is not the fit for you. On the other hand, if you have kid-friendly vacation homes, Vrbo is a good choice. 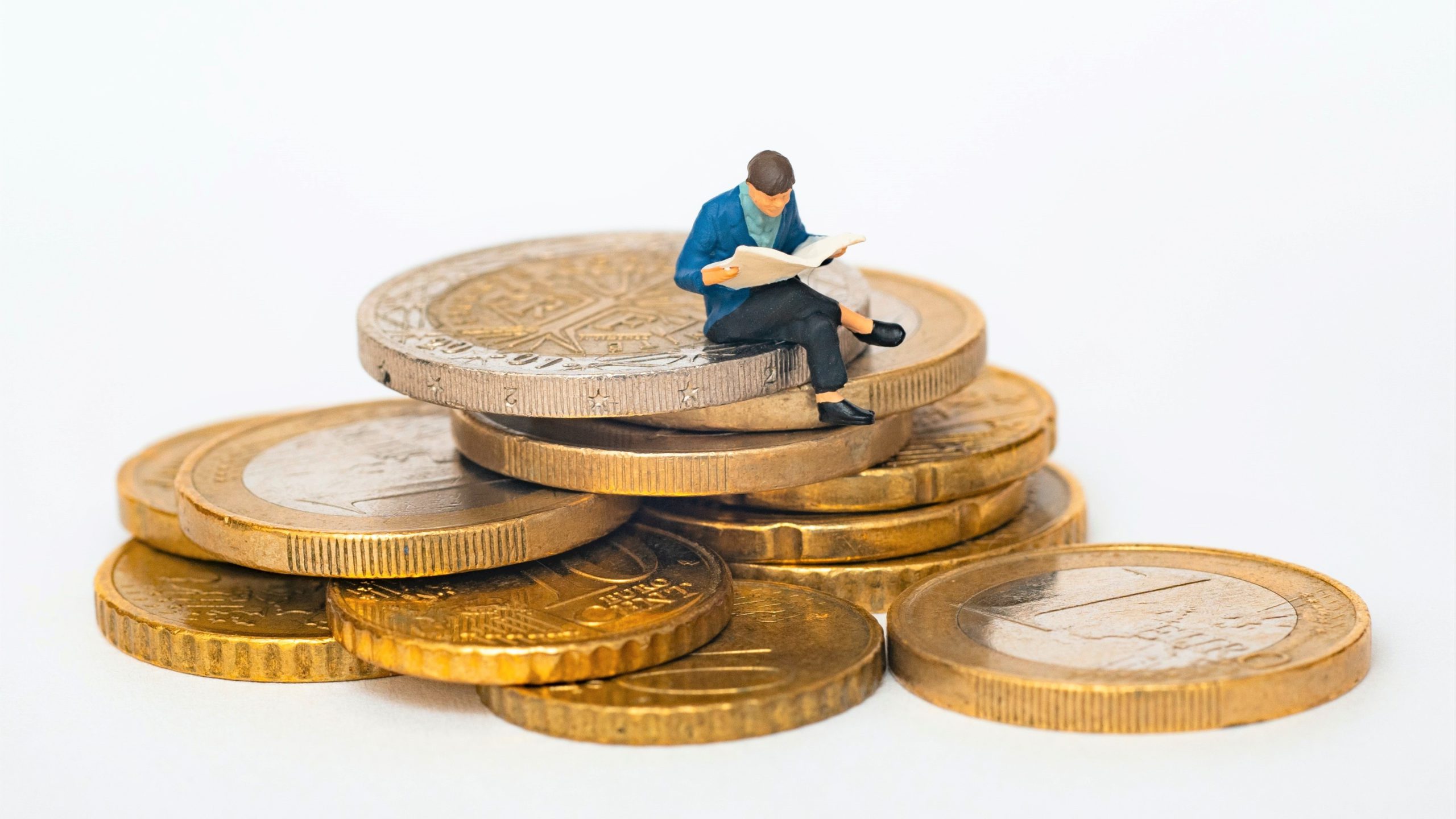 Understanding how pricing works on each vacation rental website can be a bit of a hassle since they all have different fee structures. And since pricing could influence the decision to list on a specific rental channel, it is an important aspect to understand. So, let’s go through what the fee structures are on Airbnb and on Vrbo.

How much does Airbnb take on commissions?

Airbnb offers two different service fee structures: split-fee where both hosts and guests pay a service fee, and host-only fee where only the host pays a service fee.

The split-fee model had previously been the most common one, although it appears that it is falling out of favour. With this model, Airbnb deducts a service fee from the host’s payout at the same time as they charge a service fee to guests. The general fee that hosts pay is 3%, even though some exceptions may raise that percentage a bit. Simultaneously, guests pay a service fee that goes up to 14.2% of the booking subtotal and that varies depending on an array of factors.

The second commissions’ structure is deducted entirely from the host payout, while guests pay no Airbnb fee. The host-only fee is usually between 14% and 16%, although it can differ depending on some factors like in which countries the host has the majority of listings or if the host uses Super Strict cancellation policies. This policy is becoming much more common.

As of fall 2020, Airbnb introduced the Airbnb Simplified Pricing for software-connected hosts. What this entails is that for connected hosts the 15% host-only fee became mandatory, switching from the choice between split-fee and host-only models. The move to this new fee structure allows hosts to see what the guests will end up paying, therefore being able to set a more accurate pricing strategy. Additionally, the fact that there is no guest service fee will make listings more attractive to guests. Airbnb affirms that hosts that have switched to the Simplified Pricing have seen an overall increase in their bookings by around 17%.

Now you’re probably wondering why you would ever consider the host-only commission model if it’s not mandatory for you. As just mentioned, the listing without guest service fees will look more appealing from the guest’s point of view. They will see the price in a transparent way and, psychologically, they will be more inclined to book thanks to the simplicity, the lack of extra fees and the idea that they will be saving money. At the same time, by adjusting the nightly rate by +14% to counteract the increase in host fees from 3% to 15%, you will be able to keep the same revenue, and the guest will pay the same as before.

How much does Vrbo take on commissions?

Similarly to Airbnb, at the end of 2020, software-connected hosts have witnessed a transition towards a host-only commission model also on Vrbo. While previously hosts paid a commission fee and guests paid a service fee, now connected hosts will pay a 15% commission fee, while guests won’t have to pay any fee. Again, whilst this may sound like a worse deal for hosts, the findings are that even when hosts increase their rental fees, the booking conversion is higher since guests appreciate the simplified booking process and lack of hidden fees. 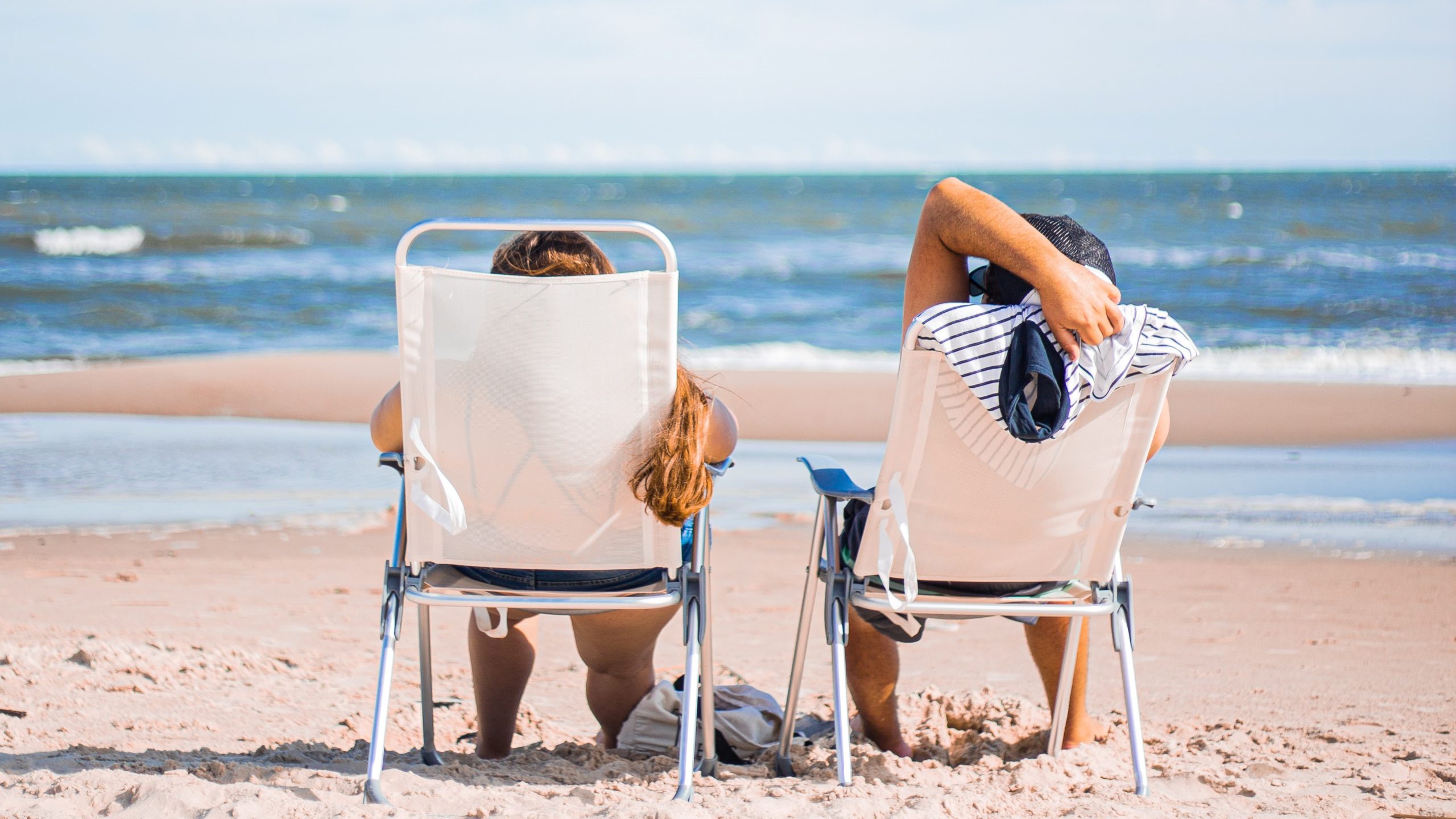 Airbnb has four cancellation policies that hosts can offer to their guests:

The cancellation policies on Vrbo can vary between properties. Hosts can set their own custom policies, which means that guests have to be more careful about reading the fine print. However, hosts usually apply one of the ones offered by Vrbo: 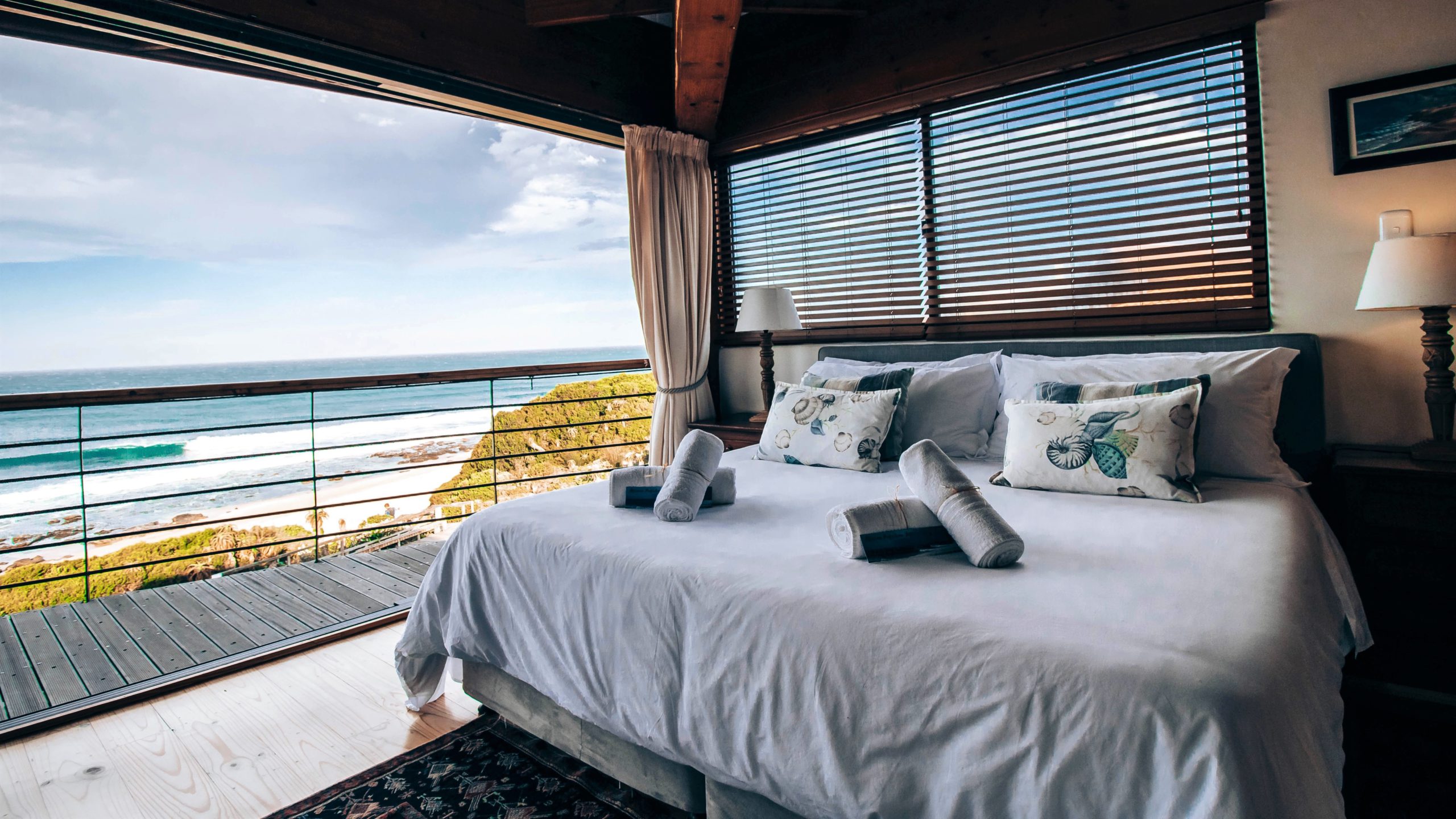 Sounds like both Airbnb and Vrbo could be interesting places to list your properties? There is a simple way to list on both Airbnb and Vrbo without needing to create multiple accounts and listings: the Your.Rentals channel manager. Through this simple-to-use platform, you are able to connect your properties to Airbnb and Vrbo, as well as more than 20 other channels to maximize your exposure to guests and increase your bookings. Rather than creating an account on both Airbnb and Vrbo, you only need one Your.Rentals account. Once you’ve built your listing (or copied it from a website you’re already using) you can then publish it to your selected channels and start managing your calendars, bookings, and guest messages.

Do I need to list on Airbnb and Vrbo?

Short answer: yes. Airbnb and Vrbo are two very big vacation rental channels and listing your vacation homes on them will put you in front of a wide audience, increase your visibility worldwide and drive traffic towards your property listings. Moreover, owners and property managers are able to keep total control over their business and set their prices and house rules, as well as message guests and review them.

However, sometimes, listing on channels doesn’t give you the desired flexibility or means incurring in higher commission fees. The solution to this is offering Direct Bookings to your guests as an alternative. This means that your guest can book their stay directly with you without the need for sales channels, or sales channel commissions. Our vacation rental management software offers the possibility to receive Direct Bookings. The 15% channel fee is not applied on direct bookings, you’ll only pay the 5% service fee, which allows you to increase your profit margin. You can read about how to drive more direct bookings here.

Listing on bigger channels like Airbnb and Vrbo is still vital to reach the maximum possible audience. These sites receive millions of visitors and bookings every year, so it would be a mistake to miss out on this important revenue source. But by combining channel bookings with a Direct Booking strategy, you can diversify your revenue streams and increase your income per booking.

The simplest way to create a great vacation rental listing

Log in to Your.Rentals to create your perfect listing now. 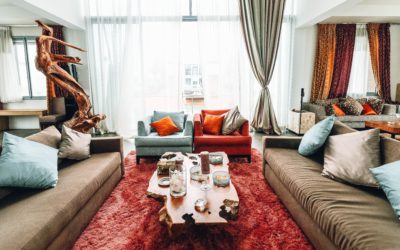 How to improve your Airbnb booking rate for your vacation rentals: 9 tips to receive more bookings 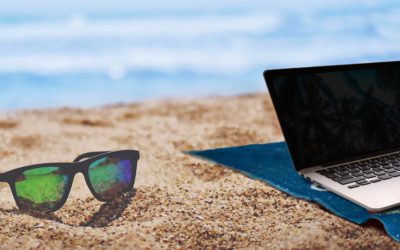 What are the best Vacation Rental Websites for me? A guide for hosts

House Rules for Vacation Rentals: A guide for Hosts